The beauty of pinhole cameras are, who cares if they get wet? (at least my inexpensive, paint can variety)

And was it ever raining!

The USS Midway aircraft carrier was commissioned a week after WWII ended, and saw service through the Persian Gulf conflict- a total of 47 years. Also, It was the first ship that was too big to travel through the Panama Canal.

It is now permanently docked in San Diego Harbor, and is a museum with more than 70 exhibits within it's interior and top deck.

Here we are on the top deck in this image, with vintage aircraft parked and on display. It's a great place for the aviation buffs out there!
(see an image from the other side of the carrier, here.

This is the last pinhole image of our San Diego trip in January.  Perhaps I'll colorize these 2 Midway images, but the desire to do that now is not in me.

It was a good day for tidepooling, as it was one of the lowest tides that was expected in a long time, we were told. We had walked far beyond the safety of the beach, into rocky territory, butted up against the cliffs, to see some magnificent sea stars and anemones pooled up in the rock pools.

For this desert-dweller, I was getting nervous about this time, as the tide had started coming back in, with no personal experience to tell me how long it would be before our area was completely covered in water again.

However, I also wanted one last pinhole of the water, and nervously changed paper film (thus the sand marks in the sky of this photo) and took one last image. 4 minutes, my meter told me. Could we wait that long, and get us and the kids back to the beach?

It turns out that it was more than enough time. (-:


Have you had a chance to glimpse the Panstarrs Comet this past week? We have been able to see it for a few moments after sunset, for the past several nights.

Last night, while waiting for Son to get off work, I got out of the car to see if I could see it. I had the photographing urge, and fished out the point and shoot from my purse, and the binoculars from the back of the car. I put the camera lens up to the binocular lens, hoping to see the comet through the camera display.

I thought it would be a long shot to even find the comet (aka "needle in a haystack") , but there it was on the camera display! I took a few shots hand-held, with lovely blurry results. (not resembling a comet at all)

I went back to the car, hoping to find some objects to stack on to the trunk, to hold the binoculars for me. My heart lept with joy to find my pinhole camera tripod! Whoopee!

The next few shots were much clearer, and then Panstarrs dipped below the mountains. Bye, Panstarrs! It's supposed to be there! Alas, clouds are there, too. (We were between two lines of rain showers) In retrospect, we probably didn't wait long enough, as the sky is still very bright.

This is my dad and Daughter, In Phoenix, Az. That is also me, holding up the sky chart for locating Panstarrs Comet, crafted by Sky and Telescope. I can't find the exact diagram on their website, but here is another one they have provided.

I wish we had more time to explore Coronado Island on this trip, but alas, all we had was about an hour. We took a nice little walk at the water's edge, and saw a bit of the San Diego Bay. The fog was rolling in, setting the stage for another round of rain showers. The blues and the grays melded together...

Only two more pinhole negatives remain from our San Diego trip remain to be processed and worked on. I have so much enjoyed the process, and that it has stretched out as long as it has.
Posted by Kristy Hom at 6:46 AM No comments: 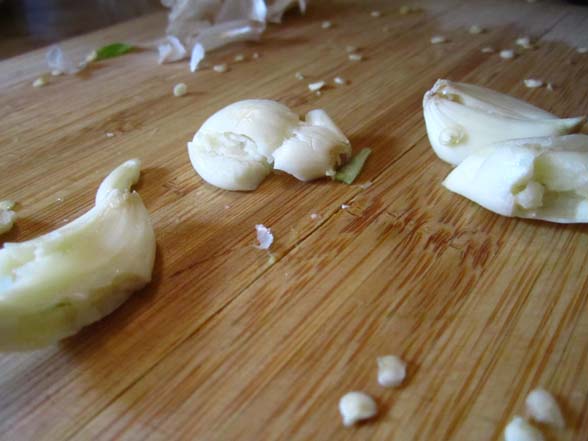 I started the day with making the beans for tonight's burros.  In a bit I'll start the pork roast.  Yum!

Has March come in like a lion or a lamb for you?  So far, it's pretty lamb-ish here.  That's surprising, since we have begun our windy season. (and fire season!)
Posted by Kristy Hom at 7:11 AM No comments: