A Texture Tuesday with Textiles 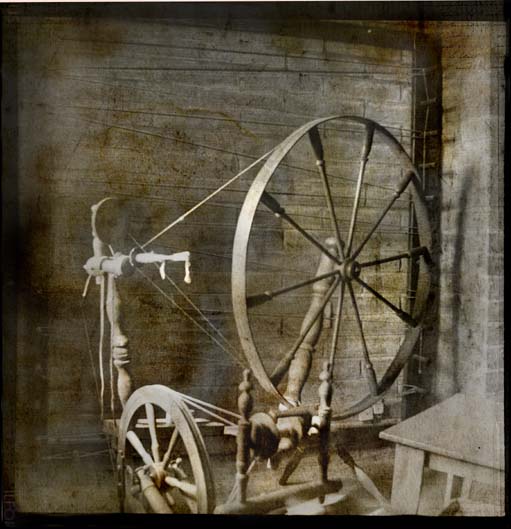 Come play with texture in your photos every Tuesday with Kim Klassen's "Texture Tuesdays" !  Use a freely-distributed texture from Kim, and link your photograph here.  Check out the links of other photographers,  and what they have done with texture, too!

The spinning wheel and loom behind it are on display at the historic Tubac Presidio in southern Arizona.  Tubac has been home to different communities over human history, including native tribes, Spanish explorers and missionaries, and colonists.  It was established as a military presidio in the 1700s, and is the site of Arizona's first newspaper, The Weekly Arizonian.

The Tubac Presidio has been under the management of the Arizona State Parks system for many years, but fell victim to state spending cuts to the parks, and is now being run by citizen groups in the Tubac area.

This image is part of my ongoing Arizona State Parks project, where I am photographing as many of the parks as possible with my 1953 Brownie Hawkeye cameras.
Posted by Kristy Hom at 7:37 AM